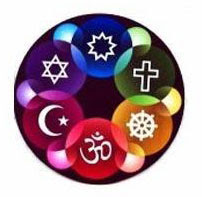 To address the need for religious unity, World Religion Day was initiated in 1950 by the National Spiritual Assembly of the Baha’is of the United States, the U.S. Baha’i governing body.

It is observed the third Sunday in January by Baha'is in the United States and increasingly by people around the globe. The day is celebrated by hosting interfaith discussions, conferences and other events that foster understanding and communication among the followers of all religions.

The purpose of World Religion Day is to call attention to the harmony of the various religions’ spiritual principles and to emphasize that religion is the motivating force for world unity.

As stated in the Baha'i writings, “Religion should be the cause of love and agreement, a bond to unify all mankind for it is a message of peace and goodwill to man from God” and “Religion is the greatest of all means for the establishment of order in the world and for the peaceful contentment of all that dwell therein.”

World Religion Day has spread to many other countries. In 1985, the government of Sri Lanka issued a postage stamp in commemoration of the day.
To learn more about World Religion Day go to http://www.worldreligionday.org/