There's Only One Race - The Human Race 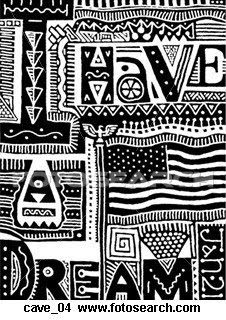 Yesterday two of my teenagers and I went to a Martin Luther King/World Religion Day celebration.
The event was hosted by a Baptist Church and the content of the program included Christian, Muslim, Jewish, Hindu and Baha’i scripture and music from around the world. There were people attending and presenting from each of those denominations. Ages ranged from about four years old to senior citizens.
The gathering looked like an event at the United Nations.
Groups of children sang songs and teenagers danced. A Puerto Rican poet read a moving poem in Spanish, then his young daughter read it in English.
At one point in the program, people were invited to share their thoughts about Martin Luther King. Several people responded eloquently, passionately and personally, all sharing the same underlying feeling that racial and religious prejudice in America is improving. We can see the light at the end of the tunnel!
It was absolutely wonderful to see this group of what could seem as completely unrelated people come together with such love, in the name of Martin Luther King - a visionary with divine guidance who offered spiritual solutions to the challenges of humanity. We have 99% in common. Simply put, there is only one race, The Human Race.
Posted by Artist Victoria O'Neill at Monday, January 19, 2009

Martin Luther King does evoke strong and very positive emotions in people. Amazing right when people are called to events celebrating such people no one bothers about religion, nationality or other dividing thoughts.

Hello and thank you for your comment. Yes, I agree and if we can do it one day we can do it everyday.......!btw, your blog is very interesting....