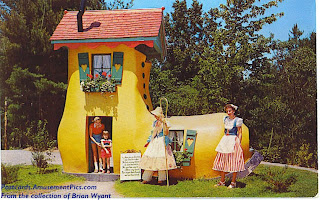 My step-daughter just had her second baby. So now she and her husband are parents of a 3 year old and an infant. It’s gotten me to thinking about when the children I birthed were all little. When I had my second daughter Grace, we had our three year old daughter Katie already.

My husband worked full time on the railroad, and at that time was often gone for days in a row, such as sometimes all week, traveling around the country to work. So I was pretty much on my own with the daily goings on of parenting. I was always so happy to see my husband on Fridays when he came home for the weekend. Money was really tight. This was in the late 1980’s.

We also had a full time family day care in our house with up to six EXTRA kids under the age of three. They came in at 9 and left at 5. After having a C-Section with Grace I went right back to work. My sister Nancy was there to help for a few days.

I had all those kiddos in cloth diapers and on organic diets because that is what I was providing for my own kids. I also believed in holding babies so held all of them as much as possible.

We lived in a small row house in Philadelphia, and tore out all the walls to give that open feeling, and also so I could see all the kids all the time.
We lived a few blocks from the grocery store, about ten blocks from the playground, and about thirteen blocks from the library. I made a point of taking the whole crew out to one of those places every day, weather permitting.

I had a three man stroller, and Katie would stand on a crossbar in the front and ride along with the three toddlers in the stroller, my new baby Grace in a front pack and another baby in a backpack. I had to cross a really busy street to get anywhere and the light lasted about 30 seconds.

I’m from California where pedestrians have the right of way so was always shocked and really angry and frustrated when drivers routinely got mad at me for taking more than 30 seconds to roll my menagerie across that street. They would actually honk at us, and not as in honking if you love somebody but honking for to us get out of their way, or they’d mow us down.

About two and a half years after Grace was born, we had our son Shea. He was born on a Thursday and the following Monday all the kids in the daycare came back, and we were off and running again.

Right before Shea was born I invented the Intuition Doll Pin Kits and filled an order for 600 of them for a catalog two weeks before he was born, in the middle of the hottest summer on record, and another 600 unit order two weeks after he was born.

A few months after that we closed down the daycare, moved out of the city and began the next chapter of our lives……..
http://www.artypantz.blogspot.com/
Posted by Artist Victoria O'Neill at Friday, January 30, 2009

Victoria, I almost cried reading your last post. It all sounded so familiar to me. My forth child was born when my oldest was 3 years old. I had a 3 year old, a 2 year old, a 1 year old and a new baby and I was 23. But you know, if I could go back, I wouldn't change a single thing. It was a great time. It was busy, it was crazy but we were having the time of our lives.

Wow, I had a friend who had three under three and the stories she tells! No way.

Hey, those intuition dolls are CUTE!

thanks for the comments......it. I I wanted to be home with my kids an we just did it! Can you believe that I never took one day off in two years of having that daycare! except a couple to give birth? Insantity!