Pictures from How Does Our Garden Grow?

Some of the kids from the summer camp in the park came over to the LaMott Library performance so there were quite a few older kids in the show. It was pretty rambunctious. But we got some good pictures. 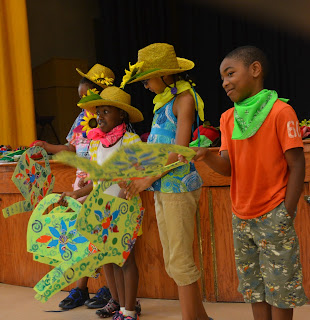 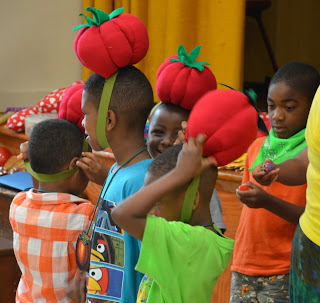 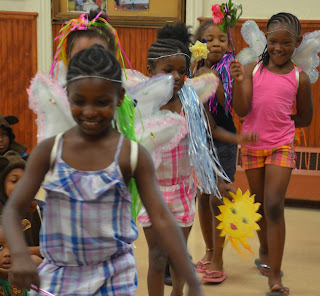 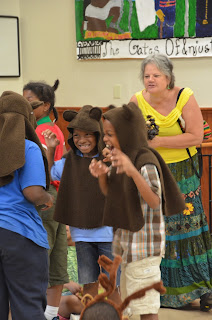 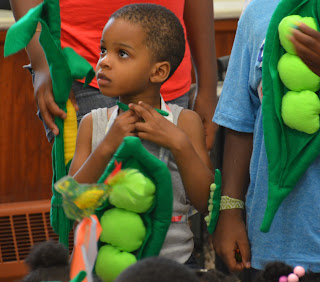 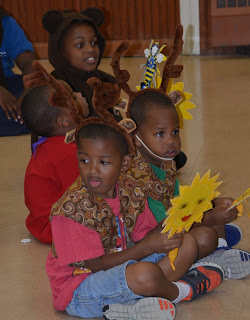 making a Rabbit Farmer puppet after the show to take home. 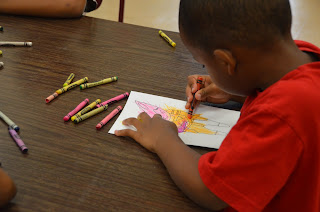 Note: After all that work and expense to add songs to the show, it became evident after these first few shows that it is just too much for the kids to stay focused on the story and what they are supposed to be doing in the story, then stopping to learn a song, then go back to the story, then learn a song, and back again to the story over and over again.
It is also such a pain to load, unload, set up, take down and pack up all the electronics, not to mention try to troubleshoot when the sound wasn't working, while in the middle of a performance.
So back to the tried and true call and response that has been successful for the past 10 years.