How to Make a Valentine Banner with a Deck of Cards

Ho hum.....was trying to think of a way to use the hearts in a deck of cards for some kind of Valentine's Day decoration or card.....so for inspiration went to the dollar store and got two packs of cards for A DOLLAR! one blue deck and one red deck.

I took out the blue deck and put all the hearts into a pile, and sat there looking at a pile of hearts and all the other cards......an aha moment arrived shortly....It would be great to use all of the cards. So how about a Valentine Banner?

I tried a few different versions and this is the best one for stability with two cut out hearts in between. There were several cards left. If you had a few packs of cards you could mix and match to create quite the Valentine decorama.

My finished banner is about 9 feet long! I wanted to photograph it but it's too long, so just scanned the beginning and the end.

Directions:
1. Keep out the Ace through the King of Hearts cards (12 in all)
2. Cut the rest of the deck into hearts by simply folding them in half and cutting. (The fold gives the banner some dimension)
3. Punch the holes in the middle of the edges of both sides of the cards and the cut out hearts.
4. Cut yarn or ribbon into 10" pieces. Cut two 24" pieces to tie onto either side of the banner at the end.
5. Lay one cut out heart down to the left of the Ace of Hearts.
6. Thread the yarn through the back of the hole on the right hand side of the heart and the back of the hole on the left hand side of the Ace and tie the heart and the Ace together leaving a little space between them. If tied too close together they don't hang nicely. I tied them into a knot with the yarn a bit loose, then put my finger on the knot and gently tied another knot on top of that knot. Then tied into a little bow.
7. Add two cut out hearts, then the Two of Hearts, then two cut out hearts,  the Three of Hearts and so on and so on. After the King tie on one more heart. Then tie the 24" pieces of yarn on either side of the cut out heart on the left of the Ace and the cut out heart on right of the King. Ta Da! 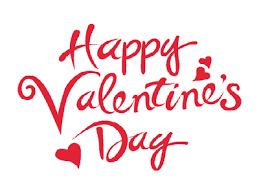