The planning of this year's Firebird Festival in Phoenixville is underway. It will take place on Saturday December 10th. The bird is just about finished. For those of you who are new to the festival, this giant wooden bird is burned at the end of the Festival, and everything that happens all night builds up to the moment of the lighting of the bird. By then thousands of people are watching it! This year the bird has been built up on the hill so it can be seen from afar.! 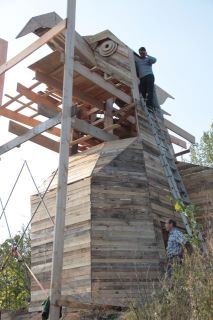 I just finished designing this year's bird wand! We are going to be having a spectacular parade as part of the festivities this year, with many artistic and creative surprises, one of which is to have a flock of birds fly into the parade. So, I'm hoping for hundreds of people to show up to make a wand, bring it to the Festival and be in the parade! These 3- D wands will be on various size sticks, depending upon the age of the person who makes them........tallest are 36" sticks, some 24" and even some baby sticks for wee ones........! 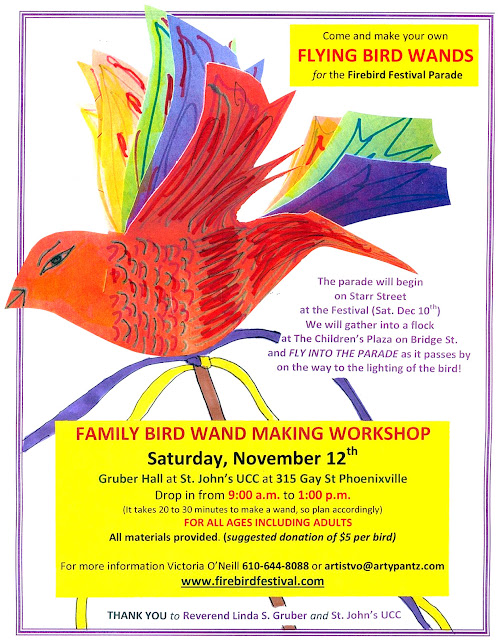 Hope to see you there!

I will also be selling my bird wands at the Arts Bazaar at the Festival, so you can always get one and then go fly into the parade with it! But get over to my booth at 4 when it opens.  This year I plan to make lots more, but last year they were gone in less than an hour. 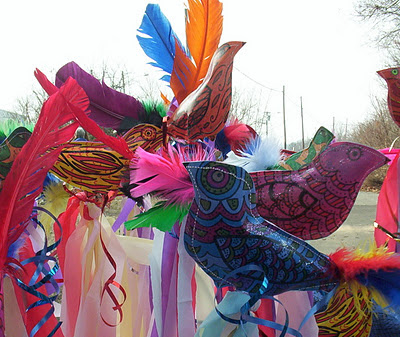 LOVE them! Wish I lived closer.

I remember this event from last year, looking wonderful for this year, nice post! Thanks for stopping by my site!