Humpty Dumpty or The Story of My First Art Exhibit 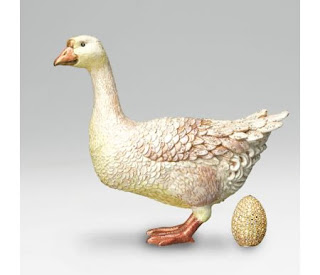 When I was 16 I worked regularly as a model for a group of fine artists. One day while on a break, I picked up a pencil, started drawing and just knew how. I got a black pen and a pad of drawing paper and drew everybody I saw. It was funny because I didn’t know how to draw hands, so all the people in my early drawings had no hands, or their hands were tucked into their pockets.
I went to New York City for a visit and drew some pictures of people/kids in the streets. I had about 10 of them matted and framed when I got back to California where I lived.
Jonathon was a semi lunatic artist, who had a gallery nearby. He literally painted the same exact picture, which was a cluster of trees and a horizon, seen through fog, over and over and over and over again. He was just stuck on that image. I’ve known people who took acid and got stuck that way, and he may have been one of them. Most of his paintings were dark greens, blacks and misty grays. Every now and then he’d crank out an orange and red/ yellow rendition.......probably inspired by a trip the night before.
Anyway, Jonathon badly needed some diversification in his gallery and put out a call for artists. I responded with some of my New York pictures and was accepted for a group exhibition which was going to take place the following month.
I’ll never forget the night of the opening.
One of my mother’s best friends, Kathryn, had her portraits in the exhibit too. Kathryn was known as a “real” artist and everybody worshipped the canvas she painted on. I literally grew up in Kathryn’s artistic shadow, which was no easy task since she was six foot four in bare feet and weighed over 200 pounds soaking wet.
Another exhibitor was Greg, who painted huge spectacular, energetic seascapes with ships being tossed to and fro in wild. wet storms. When you looked at his paintings you just about got sea sick. Greg was a very handsome “ladies” man with a big bushy moustache and eyes of a smiling pirate. He always smelled like oil paint and turpentine.
The other exhibitor was a woman named Valerie who painted goose eggs. Valerie was the most passive human being that ever lived on earth. When I say she just sat there the whole evening, I mean she just sat there the whole evening! wearing the most drab clothes, and a big dopey smile. I was so jealous of her because people went crazy over those eggs!
Valerie’s eggs were painted with watercolors, and then she went over them with a fine pointed black pen to add form to the paint. They were extremely delicate and fragile illustrations. They were very sweet, easy on the eyes, and on the psyche. She displayed them in little golden stands, on a long thin table, in a perfectly straight line.
All through the evening people walked right past my gritty city drawings without reaching into their pockets for their wallets, yet had no trouble plunking down 200 bucks a piece for one of those stupid eggs.
I did not grieve for one second when one enthusiastic guest, who had spent a little too much time in the wine and cheese area, bumped into Valerie’s perfect little display table, causing an egg to fall from it’s stand and roll off the table.
Posted by Artist Victoria O'Neill at Friday, November 07, 2008

I just finished reading this and I almost laughed till I choked!!!

Laughter is the best medicine.....